EDITOR’S NOTE:  We officially changed our name from University of Maryland University College (UMUC) to University of Maryland Global Campus (UMGC) on July 1, 2019. News stories posted on the Global Media Center are now using the new UMGC name. However, because the transition to the university’s new name will take several months to complete, you may still see the UMUC name, logo and look on our website and other materials through early 2020.

As she spoke on behalf of the seven Class of 2019 Pillars of Strength Scholarship recipients, Sonia Yulfo could barely hold back her tears when describing how she took care of her father who had returned from Afghanistan wounded both physically and mentally.

She was barely out of her teens when her dad, Army Sgt. 1st Class Luciano Yulfo was medivacked to Walter Reed National Military Center in Bethesda, Maryland. His only direct relative, she dropped out of college and packed her bag for a two-week stay that grew to more than two years. 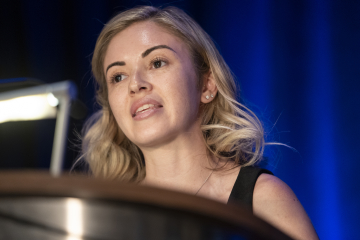 “Early on in his recovery, a nurse pulled me aside and said my dad needed help and it wasn’t the help that a medical team could provide,” she told attendees at the scholarship awards ceremony held June 27 at the MGM National Harbor resort in Oxon Hill, Maryland. 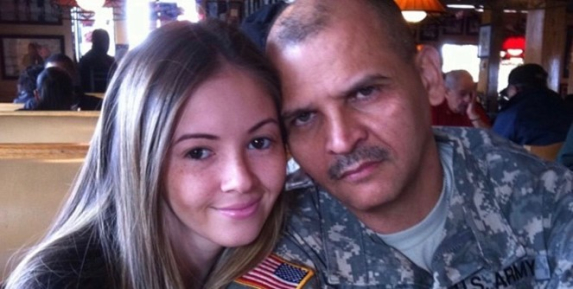 “He needed the help that only a daughter or close loved one could give. Since I was the only child, it was on me. I realized how much my dad needed me. For 20 plus years he had taken care of me.  Now it was my turn to take care of him.”

Pillars of Strength scholarships are made possible by The Blewitt Foundation in alliance with the National Military Family Association and University of Maryland Global Campus (UMGC), the nation’s premier global provider of higher education to the U.S. military since 1947. The scholarships go to the caregivers of wounded veterans and cover the cost of a full degree at UMGC as a way to honor their years of sacrifice tending to the veterans who had paid such a high price for defending the nation.

“[Each is] the type of person who sees another person suffering and says to themselves, ‘I think I would like to commit every waking hour to making that person better.’”

Richard Blewitt, CEO of the Blewitt Foundation and creator of the Pillars of Strength scholarship program, said that a total of 29 caregivers, including these seven new recipients, have been given the opportunity to advance their education and that four already have earned their degrees.

“We found that caregivers for our wounded veterans receive little or no educational benefits,” he said in explaining how the program began in 2012.  “We focused on providing full scholarships from a leading university providing online capabilities with a history of working with the military and veterans.”

Joyce Raezer, executive director of the National Military Families Association, said she is “inspired every time by the stories of the scholarship recipients.”

Yulfo said she remembers the pain of that moment when she first saw her father at Walter Reed. “The strongest person I ever knew was laying before me, weak, vulnerable and almost unrecognizable.”

He was suffering from Post-Traumatic Stress Disorder, Traumatic Brain Injury and a severe wound in his left leg that required repeated surgeries. “His injuries literally stretched from head to toe.” 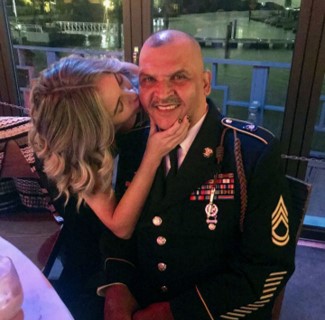 “I have lived that life of not having enough help and having to deal with life and what was to come,” she said.